Trapshooting is a specific form of clay target shooting. It is a game of movement, action, and split-second timing. It requires the accuracy and skill to repeatedly aim, fire, and break 4 1/4 inch discs which are hurled through the air at a speed of 42mph, simulating the flight path of a bird fleeing a hunter.

Trap is the most popular shotgun shooting sport in America with some 55,000 active shooters that shoot an estimated 82.5 million registered targets per year and many more targets are shot at practice. There are three basic types of trapshooting—the 16- yard event, handicap, and doubles.

Shooting order for all Trap Games: There are 5 shooting stations on a trap field – 5 shooters can shoot on each squad, one shooter per station. The Shooter on the far left, station one, calls and shoots a target then the shooter at the next station calls and shoots. When the last shooter has fired his first shot the shooter on station one shoots another target and so goes the rotation until all shooters have fired 5 targets each. The shooter on station one then moves to station two – all shooters move one station to the right, the shooter on station 5 moves to station one, walking behind all the other shooters. The Shooter starting on position one is the squad leader and he is the first to shoot at each station. Twenty-five targets will have been shot at by each shooter when the last shooter fires at his fifth target on his fifth station. The shooter is required to shoot at a target after he calls “pull.” It does not matter in scoring if the shooter hits only a small piece of the target or whether he shatters the target. The target is considered a “dead” or “lost” bird. If the target is hit it is “dead.” It is the shooters responsibility to check his own score.

Trap shoots may be informal practice events or “Registered Shoots.” To shoot registered targets, you must be a member of the Amateur Trapshooting Association (ATA). In registered trap, your targets are all recorded by the ATA, and you will be placed in different classifications, according to your previous scores. In addition, your average is published each year in the Official ATA Average Book. National Shooting Sports Foundation research indicates that the average shooter breaks 13 out of 25 targets on the first try at trapshooting and gradually improves through the high teens into the low 20s. A perfect 25 is a reasonable goal for the novice trap shooter. 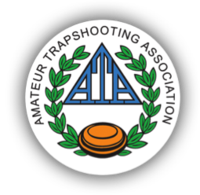 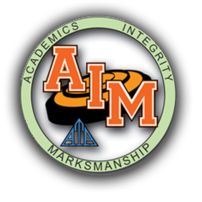