Sporting clays is a form of clay pigeon shooting often described as “golf with a shotgun” because a typical course includes from 10 to 20 different shooting stations laid out over natural terrain. No two sporting clays courses are alike, and terrain and background have a lot to do with how targets are presented. Unlike trap and skeet, which are games of repeatable target presentations, sporting clays simulates the unpredictability of live-quarry shooting, offering a great variety of trajectories, angles, speeds, elevations, distances, and target sizes. Sporting clays courses are designed to simulate the hunting of ducks, pheasants, other upland birds, and even rabbits. Since there is no set season and it can be shot at any time, many hunters shoot sporting clays to further their wingshooting skills during the off-season.

A standard round of sporting clays is typically 100 rounds; however, you can customize your round to any number of stations and targets. You are charged per clay target thrown. A typical shooting menu at a station would be a single target from each trap and then 2 report pairs. If you wish to challenge yourself, you can shoot “true pairs” where both targets come out at the same time. A report pair is where you call “pull” for the first target and the second target will be thrown after your shot at this first bird. 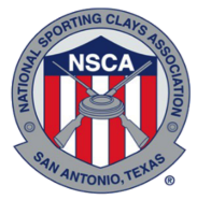 How to Shoot Sporting Clays: Trouble with Teals