We are currently on our Winter Hours

We are an authorized Beretta Dealer 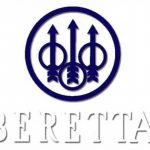 The Nashville Gun Club (NGC) is the largest shotgun sports venue in the state. The Club was formed in 1876 and has been located at several sites, including the Belle Meade Plantation and the Nashville Airport, and now its current home on the banks of the Cumberland River in West Nashville. Our club offers Skeet, Trap, Five Stand & International Bunker Fields along with three Sporting Clays Courses, 50 stations in total.

The NGC hosts several skeet, trap, and sporting clays state championships as well as many other regional competitions and corporate outings.  The Nashville Gun Club is also 100% handicap accessible.

Questions or comments? Drop us a line!

Warning: stristr() expects parameter 1 to be string, array given in /home/customer/www/nashvillegunclub.com/public_html/wp-content/plugins/custom-facebook-feed/inc/CFF_Utils.php on line 505
Please enter the Page ID of the Facebook feed you'd like to display. You can do this in either the Custom Facebook Feed plugin settings or in the shortcode itself. For example, [custom-facebook-feed id=YOUR_PAGE_ID_HERE].